The big brother’s housemates today had a Pepsi musical performance. The housemates were grouped into 7, two people per team.

Recall that Trikytee has been up for eviction 3 times, since the beginning of the show. He was however saved by some housemates who voted for him to stay. 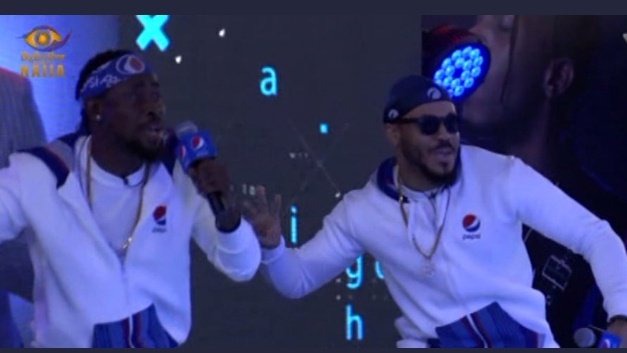 Team Tekno which is made up of Trikytee and Ozo however emerged winner of the task and won a Grand Prize of 1 million naira each, free trip to Dubai and one year supply of Pepsi drinks.

Here are pictures from the performance and after 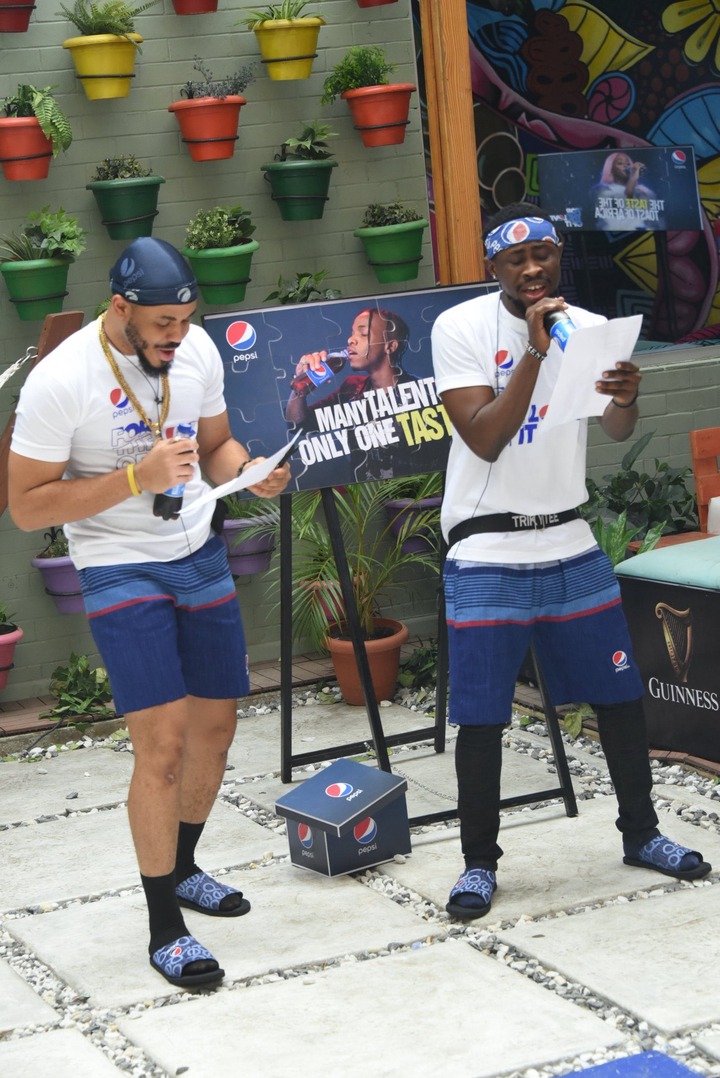